Over 40,000 active duty military are stationed in Hawaii. Preston Tharp is one of them. He had always wanted to serve, so after high school, Preston joined the military and moved away from home. Despite being in paradise, it was lonely. Then, he found Team Red, White and Blue (Team RWB) a community of veterans, active duty military members and supporters dedicated getting out and running. In April, he will be part of an eight-person team taking on the overnight running relay, Ragnar Trail North Shore Oahu-HI to raise awareness and funds for Team RWB.

Team RWB’s mission is to “enrich the lives of America’s veterans by connecting them to their community through physical and social activity.” However, with the tenth largest military population in the United States, Team RWB Honolulu is comprised of mainly active duty military. 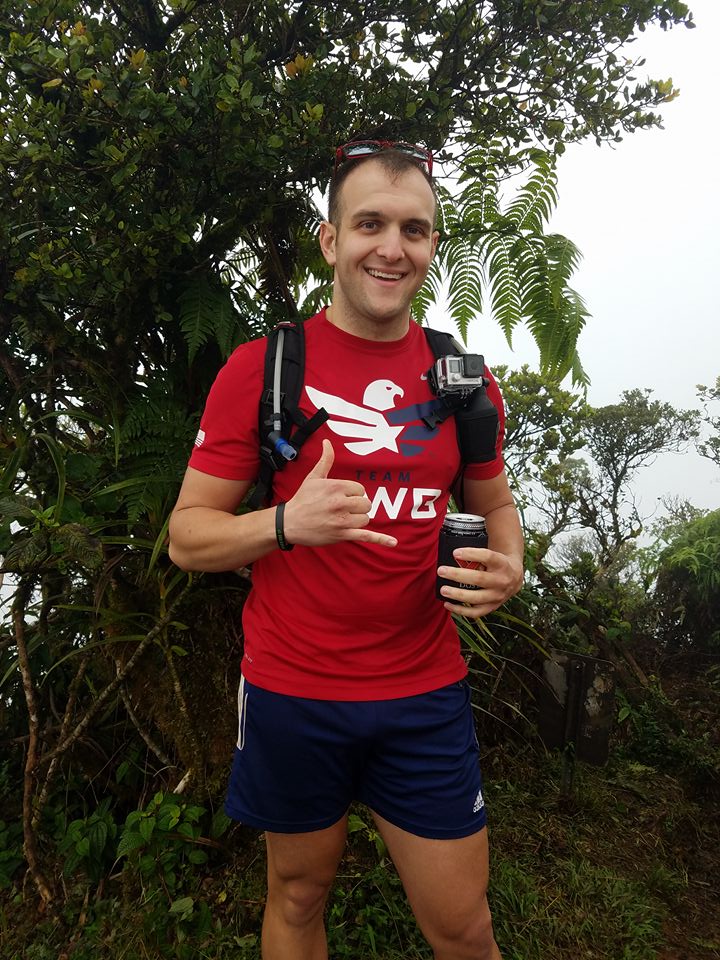 “A lot of service members will come out to Hawaii, it will be their first time away from home, they’re in a new place, they know nobody in the general area and it gets really lonely when you’re so far away from home,” says Preston. “What Team RWB does is gives them a group of people to hang out with, gives them something to do outside of work. Because everyone is military or related to the military in some way, we still all get where you’re coming from, so you’re not speaking a different language, so to speak. It helps you feel more at home, wherever you’re at.”

Preston is originally from Pennsylvania but has been stationed in South Carolina, Virginia and Connecticut. When he moved, he didn’t know anyone in Hawaii. But, soon after moving Team RWB became his family.

“I was in a low place,” he says. “I was feeling lonely. I was in paradise, but I had that loneliness of not really interacting with people. The first time I met with [Team RWB], they brought me in like I was part of the family. You feel like you belong. Once I started being more part of the team, it gave me a way to start helping people and I’d go out and volunteer with Team RWB.”

“It gives you that team feel,” says Preston. “Especially with veterans, they lose that “tribe” or that feeling of belonging to a community, because the Military community is a tight-knit group. Team RWB makes you feel like you belong somewhere.”

Their goal at Ragnar Trail North Shore Oahu-HI is to embrace the team spirit, get as many members of Team RWB involved as possible, have everyone finish, and most importantly have fun!