As a Team Captain for numerous Ragnar experiences and the Las Vegas Team Red, White and Blue Chapter Captain I answer one question a lot, “Is it a social or physical event?”   Before I share my answer allow me set the stage.  I came to Team RWB through a happenstance encounter with an old military friend 4 years ago.  That encounter led me to be a founding members of the Las Vegas Community and I have served as a leader in the Community for 3 years.

In December of 2015, I became a full time employee for the organization serving as the Development Project Manager.  As for my Ragnar resume, the 2013 Las Vegas Ragnar was a launching point for our small Team RWB community as we hosted two teams.  The 2014 Wasatch Back Ragnar saw me propose to my wife at the bottom of Ragnar Hill and we were married less than a week after the 2014 Las Vegas Ragnar, #DoubleMedalWeddingBells.

I share this as I have come to know a little about the culture of Team RWB and Ragnarians.  Both have had positive impacts in my own life, but also I have seen their impacts within the community around me.  You have probably seen our Eagles at your recent Ragnars, but you might not know Team RWB’s mission is to enrich the lives of American Veteran’s through social and physical activities.  Ragnarians share this overwhelming desire to experience an outdoor adventure with friends.  I have found that both the Team RWB and Ragnar ethos share many common traits.

I pose the question again, ”Is it social or physical?”  For Team RWB and Ragnar the answer is it is BOTH!  Each are key ingredients for success, whether your handing off a ‘coveted’ slap bracelet to your best friend for the hardest run of her life or you are hanging out with a group of people that are well past needing showers. The energy of a positive social setting will push you to achieve greater physical success than you thought possible, while forming genuine bonds of true friendship along 130 to 200 miles of road or trail.

Both a military veteran transitioning into the “regular” world and a first time Ragnar runner stepping up to their first exchange, both face equally scary challenges that, with the help of a team around you is possible.  Team RWB and Ragnar are a natural fit in my life as  the social and physical interactions they provide encourage me to maintain a healthy, positive lifestyle. 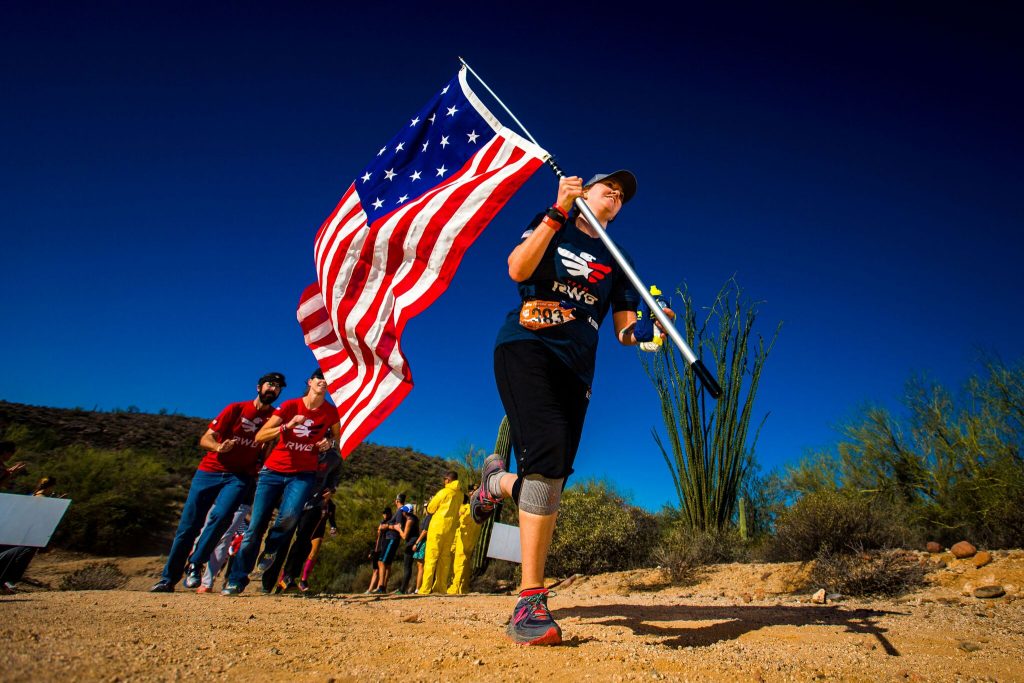 Team RWB is honored to partner with Ragnar as the Official Charity of the Ragnar Trail series for 2016.

To learn more about Team RWB or to join, visit TeamRWB.org. Membership is free and open to anyone that has served in the military, is currently serving, or has a heart for our Nation’s Veterans.  With over 100,000 Eagles in 170 locations, the impacts of Team RWB were recently studied in an Institute for Veterans and Military Families Research effort, highlighting the power of physical and social activities in building strong connections and communities.