Ragnar Relays are a rolling party on wheels. Founded in 2003, they have developed a culture of their own. And to be known as a Ragnarian, you have to know the lingo. Come across as an expert when you show up at the start line by studying the Ragnar Dictionary. These are the words you need to know to be “in the know” before your first Ragnar:

Ragnar Road: a 200-ish mile overnight running relay from point A to point B that you conquer with 12 or 6 teammates tag-team style while traveling in two vans. Aka, a crazy, fun, unforgettable experience. 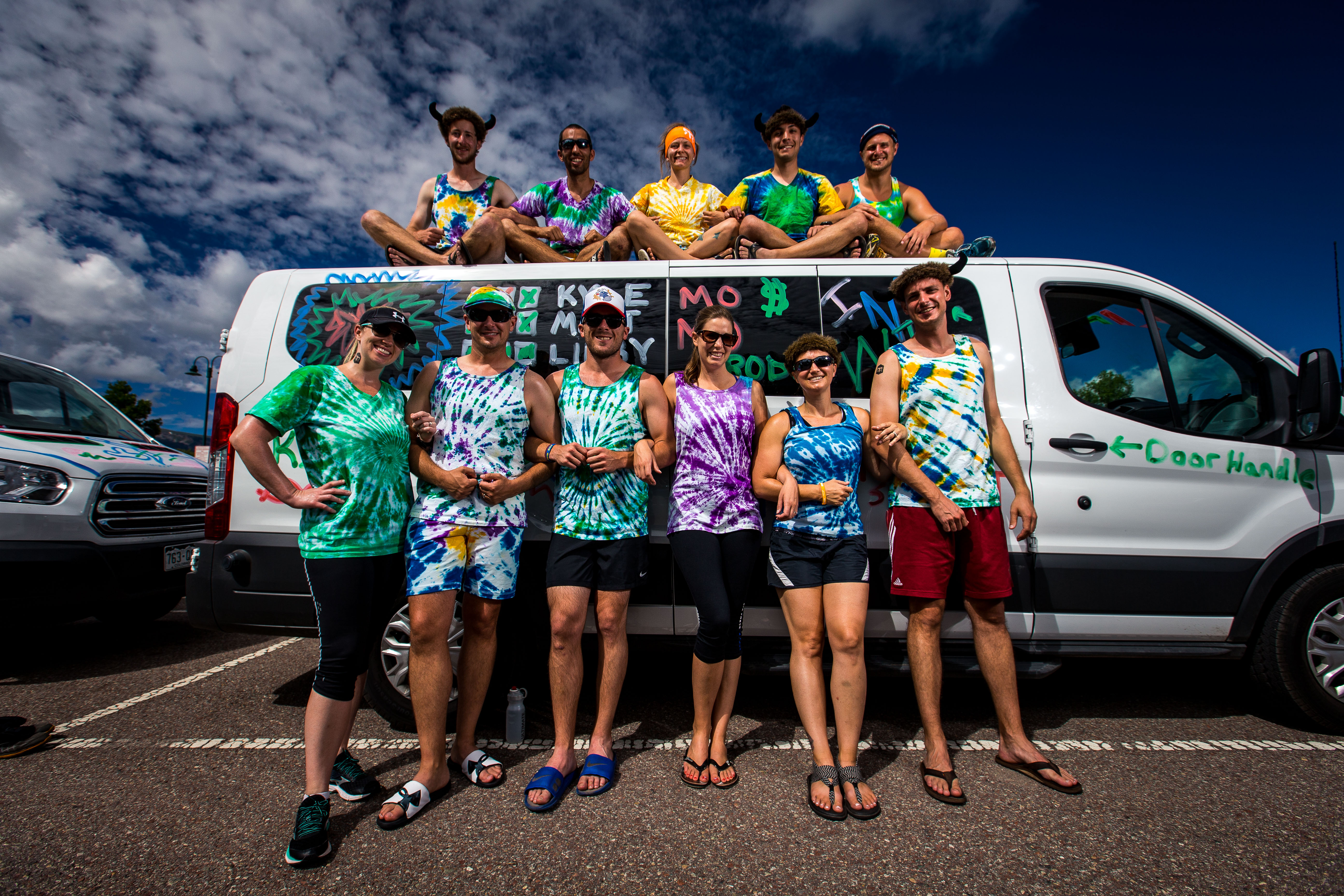 Ragnar Trail: a 120-ish mile overnight running relay where you conquer 3 trail loops of varying difficulty with 8 or 4 teammates, tag-team style, while camping at Ragnar Village in a tent. Otherwise known as a summer camp for grown-ups, with lots of running.

10K pace: Every team member must enter their 10K pace when they register. This is the mile pace they can run 6.2 miles at. So, if you run 6.2 miles in 62 minutes, your 10K pace will be 10 minutes. Use the Runner’s World Pace Calculator if you need to find out your pace.

Bibs/ Race Number: Every team has a number and every runner gets a bib. Runners must pin their bib to the front of their clothing when they are running for race officials to see.

Captain: The queen/ king of the team. The Captain has all the power and is in charge of keeping order amongst the team members. They’re responsible for registering, inviting teammates and planning the weekend.

Co-Captain: The Captain’s right-hand man/woman. Typically co-captains are strategically placed in the opposite van as the Captain, so both vans have a main leader/superhero among the group.

Exchange: An exchange is the point where one runner hands off the slap bracelet to another runner. Think of it as a mini finish line for a leg. An exchange that is not a “Major Exchange” is known as a “Minor Exchange”. 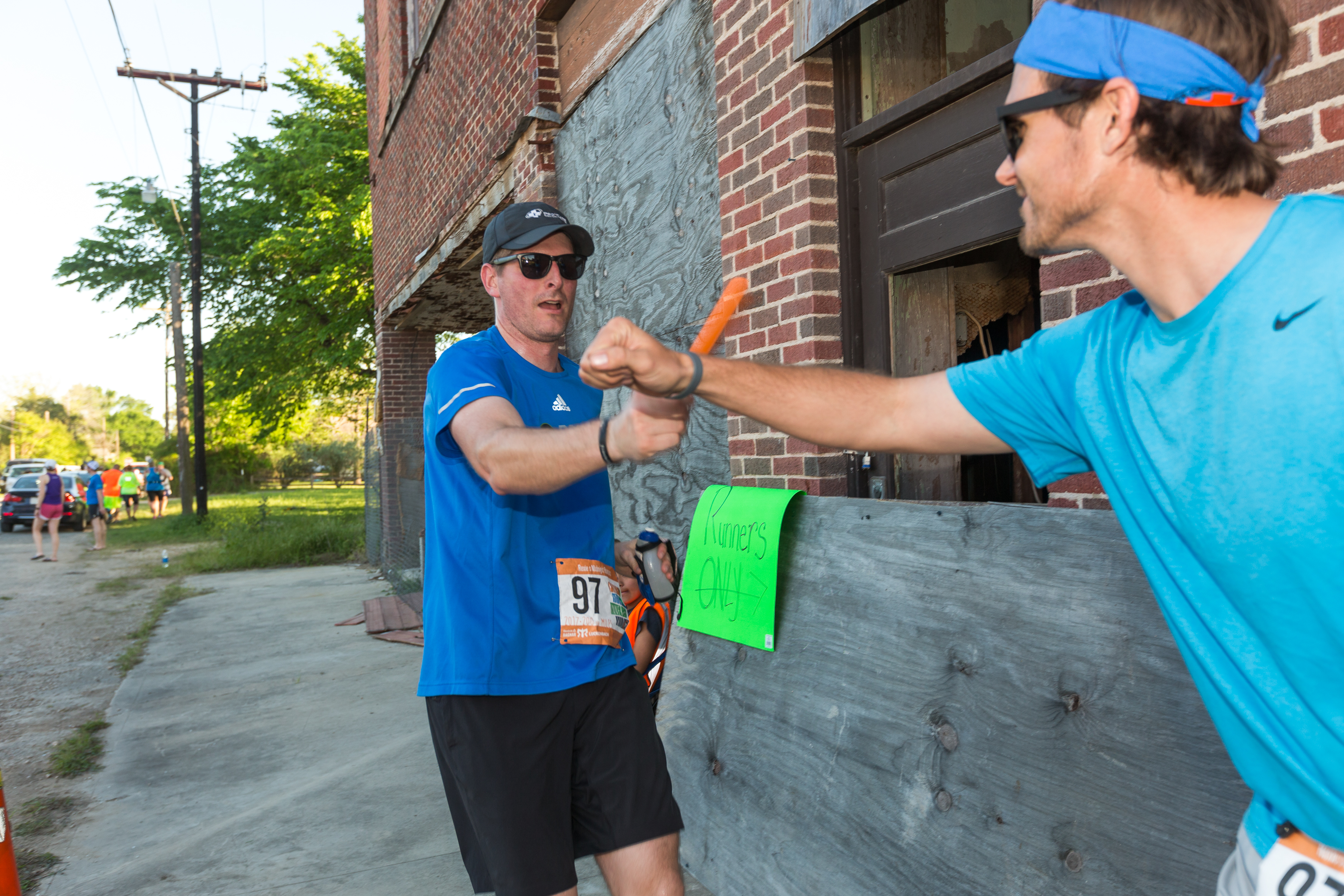 Finish Line: This is what you’re working towards the whole race. The last runner on your team will run the last leg, but the rest of your team will meet up with him/her so you can finish together under the arch and receive your medals as a team. 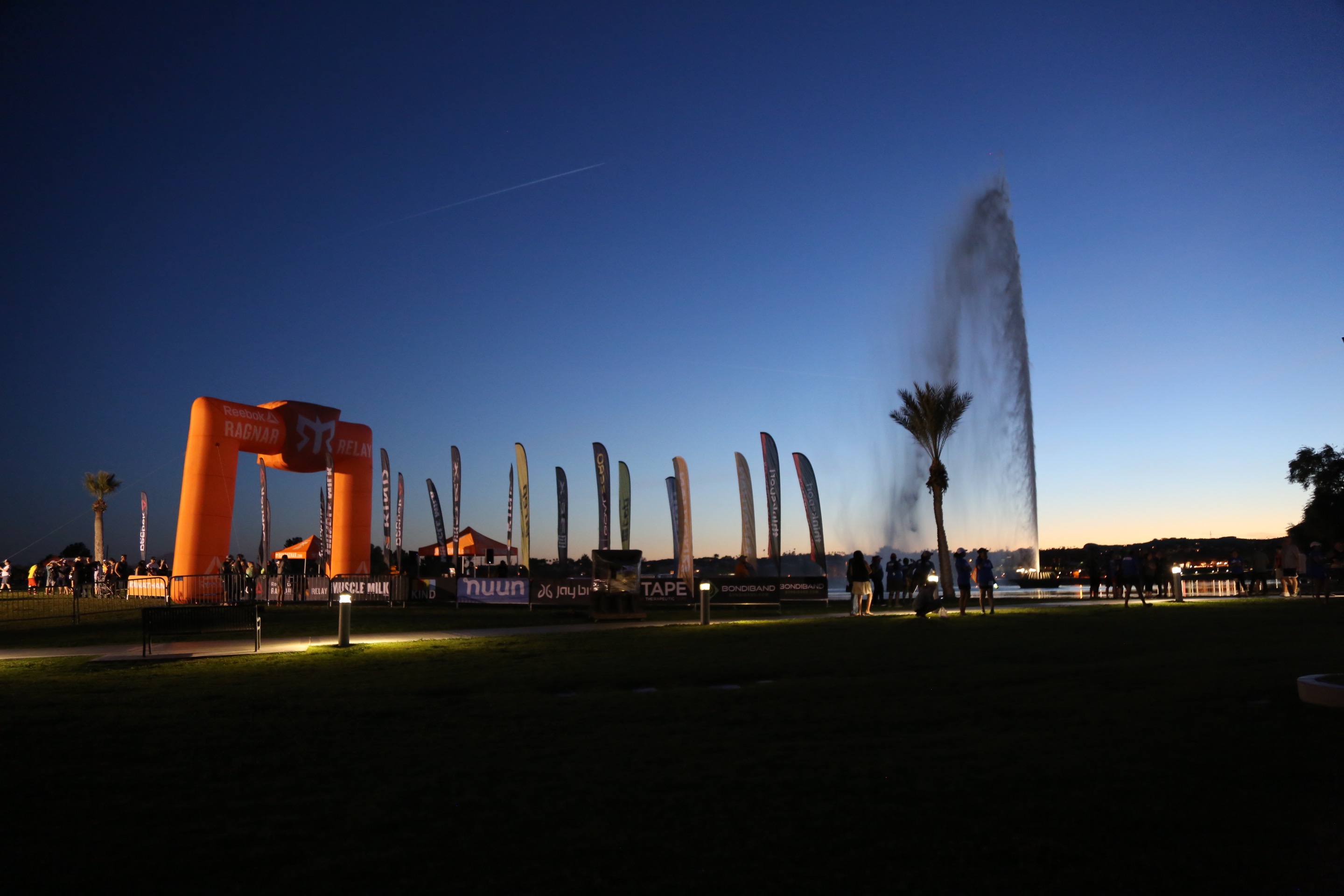 Kill: A “kill” is a slang word for what happens when you pass a runner on the course. The tradition of counting your “kills” in a race has been around a lot longer than Ragnar. Kills can be a fun motivator for teams and aren’t meant to be a put-down. Some teams tally “kills” on their van.

Love The Locals: Love the locals is a reminder to be courteous to those in the community around the course. Without the support of the local communities, our races would not be possible. This is our friendly reminder to be quiet in quiet zones, keep it clean, be nice and listen up.

Bling: The awesome medals you get when you finish with your team. It’s so cool you’ll want to wear it every day. Or, at least hang it up on your wall. 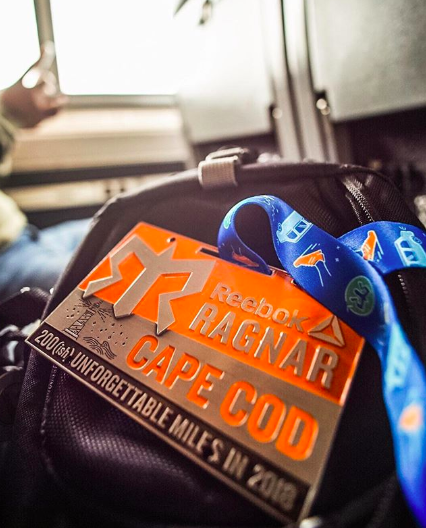 Double Medals: Sometimes, one race isn’t enough. The Ragnar Double Medal series lets you get extra bling for running two or more races that are in close proximity or have a common theme. Plan your double medal race by checking out the possibilities here.

Connector Pieces: A connector piece lets you build your own double medal from the finisher bling you already have. This piece locks your two medals together to form an even bigger medal!

Immortal Medal: For those who are truly addicted, this medal honors those brave Ragnarians who dedicate 12 weekends to running a Ragnar Relay. It weighs approximately as much as a baby rhino and after 12 nights without sleep, is as comfy as a down pillow.

One Mile To Go: This sign is placed (close to) 1 mile from the next exchange point and lets you know to give it all you got! 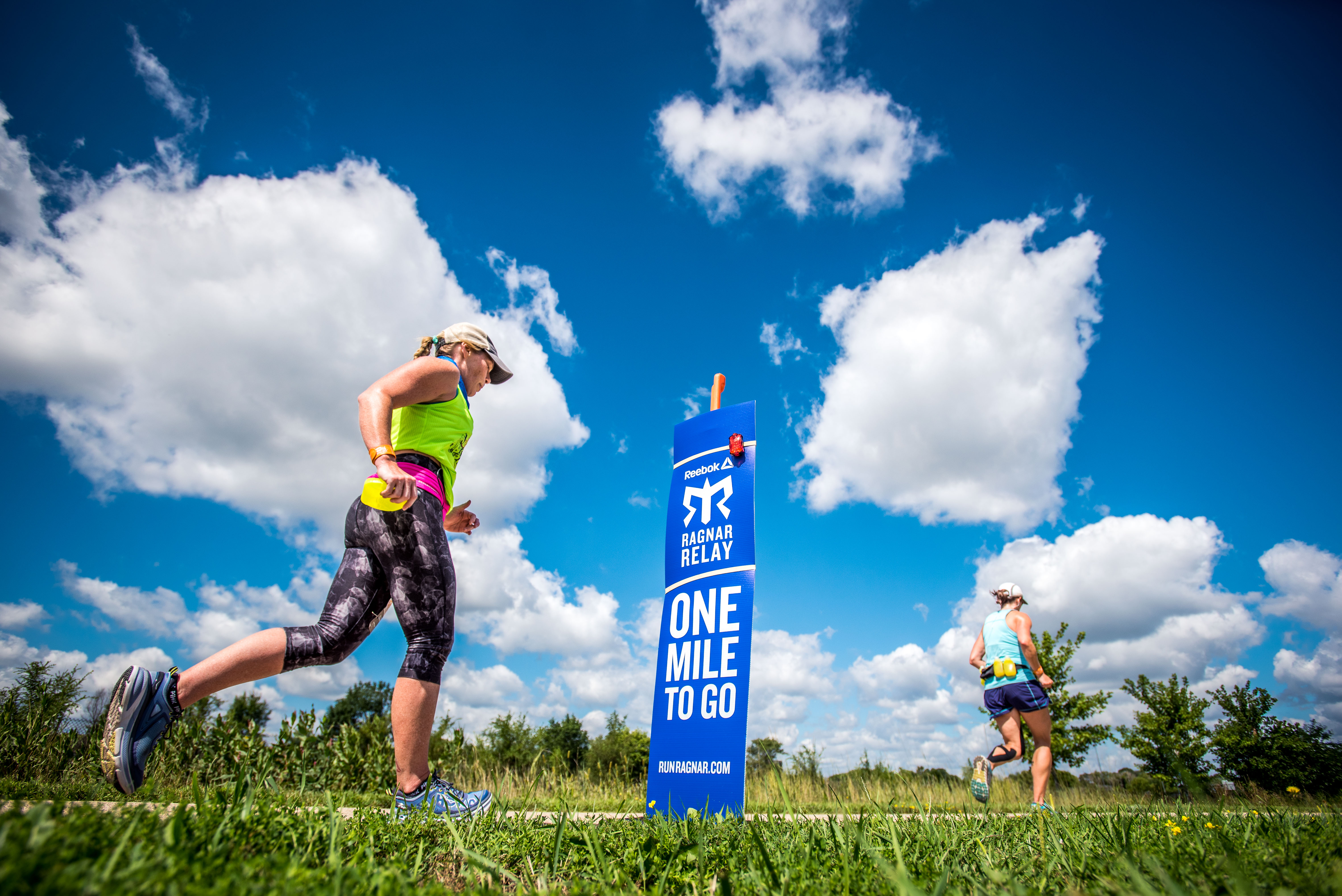 Pace Calculator: This magical excel document is created by the Race Director for each race. When you insert your team’s names and 10k paces, the formulas will take into consideration fatigue and difficulty of the legs to give you projected finish times of each leg. Ultimately the pace calculator helps you project when you should be at an exchange to meet your runner or the other van, and when you will finish the relay.

Ragnar App: A smartphone application that will help you navigate the course and keep you informed on race specific information.

Ragnar Leg Powered by Reebok: Each course has one Ragnar Leg powered by Reebok. It’s the leg that truly brings out your human side with steep hills, long mileage or both. One runner on each team will step up to be the team hero and conquer this leg during the race. They are rewarded by an extra special medal at the end.

Ragnarian: Ragnarian is a slang word for a Ragnar Runner. Ragnarians are known for their go with the flow attitude and are the types of people who don’t shy away from a challenge. Also see: badass, superhuman.

Ragnover: A let down after a period of excitement, bonding and adventure experienced during a Ragnar Relay. Symptoms include; sore legs, extreme tiredness and dehydration, wanting to ring your cowbell at random pedestrians, waking up in the middle of the night ready to run and mass texting your teammates inside jokes.

Safety Vest: A reflective vest that allows you to be seen at night by cars. Every participant is required to wear a safety vest during nighttime hours regardless if they are running or not. 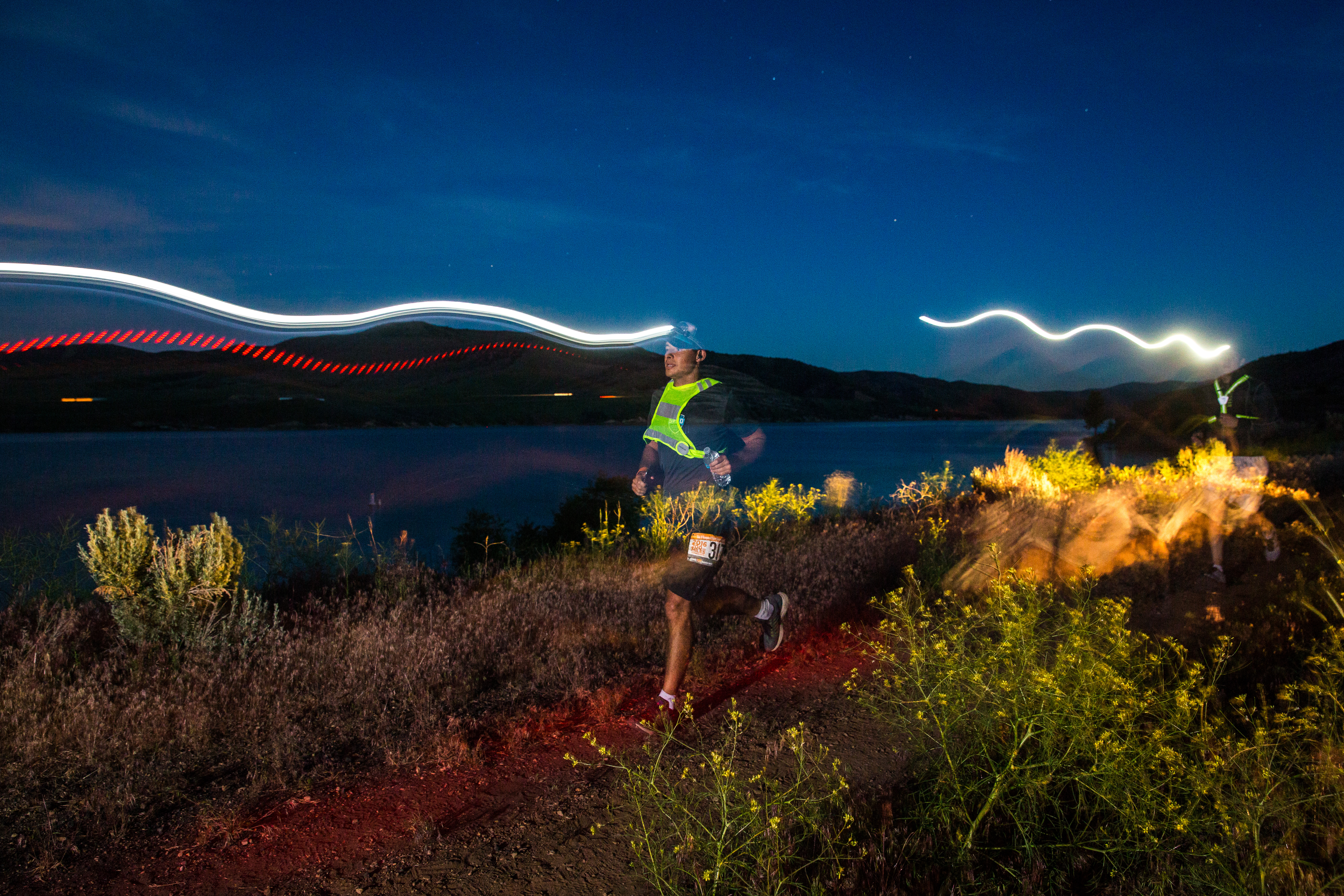 Tail Light: A blinking light that is worn on the back of your safety vest so cars can see you at night. Each van is required to have two tail lights (four total for the entire team).

Headlamp: Lights the way for your night leg. Two are required for each van. Pro Tip: No one likes a sweaty headlamp, it’s worth bringing your own.

Slap Bracelet: Instead of a baton, Ragnar runners use a slap bracelet to hand off from one teammate to the next. Think: what 90s teens wore as a fashion statement minus the glitter.

Sleeping Area: Designated areas at major exchanges such as high school gyms or fields where you can catch a few ZZZs (and by a few, we mean barely any). They are not: parking lots, under your van, the front lawn of a stranger’s house or random spots along a leg. 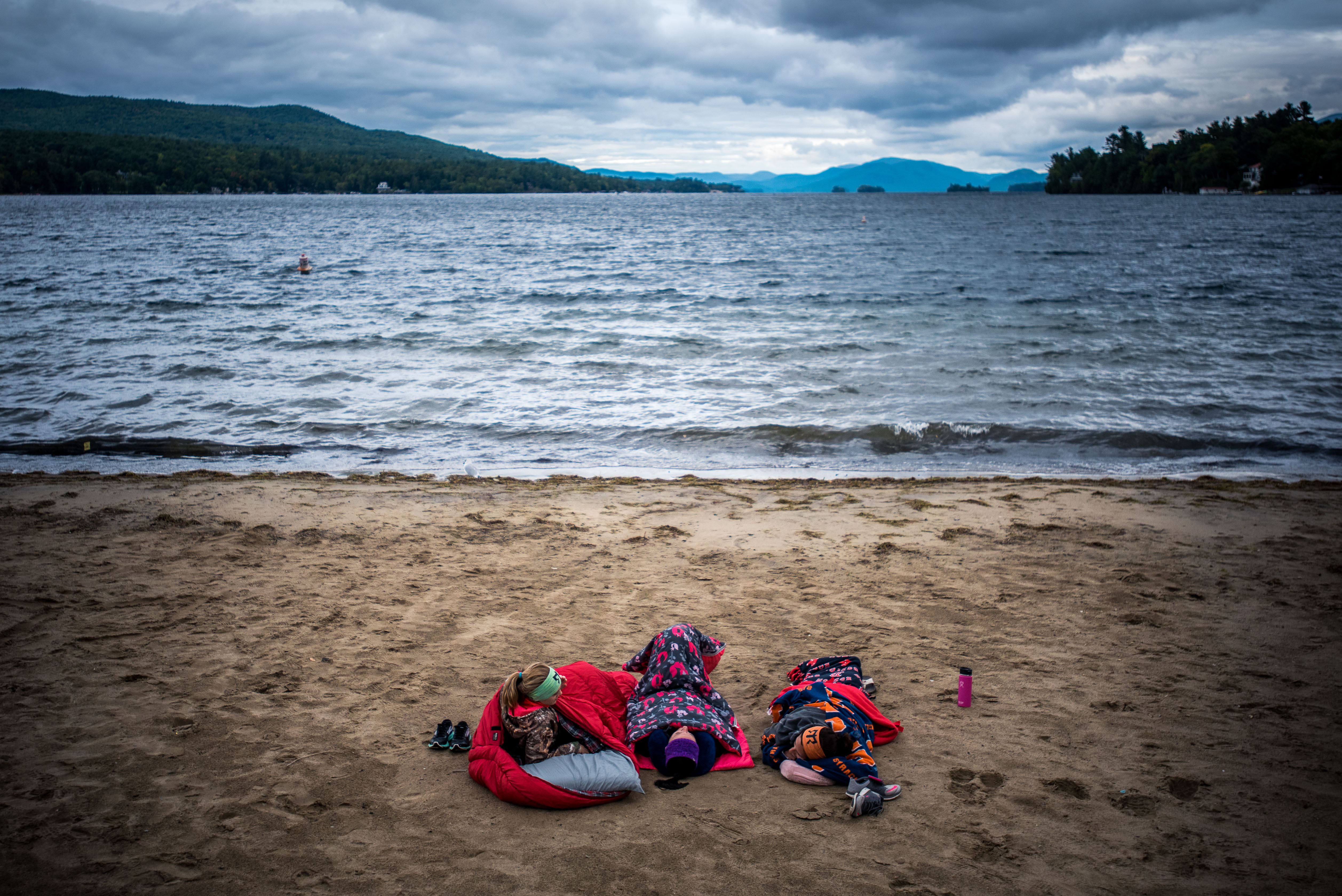 SWAT (Sweaty, Wet and Tired): SWAT are Ragnar’s super volunteers. They come from all over the country to help the race run smoothly.

Sweet Happenings: These are local highlights along the course. They include fundraisers by community groups, places to grab food, places to shower and other fun mini-events.

Tattoo: Everyone gets one as a Ragnar tradition! (Don’t worry, they’re temporary.) Wear it for your race on your neck, forehead, bicep or leg.

Van Tag: The tradition of leaving your “mark” on other vans. This is done in several forms, including but not limited to, drawing a fun picture with window markers, small magnets with your team’s name or giving out candy.

Vans: Your mode of transportation for the weekend. Note: Teams can also use mini-vans, suburbans or large SUVs. Runners 1-6 are in Van 1 and runners 7-12 are in Van 2. You decorate them, sleep in them and stink them up. 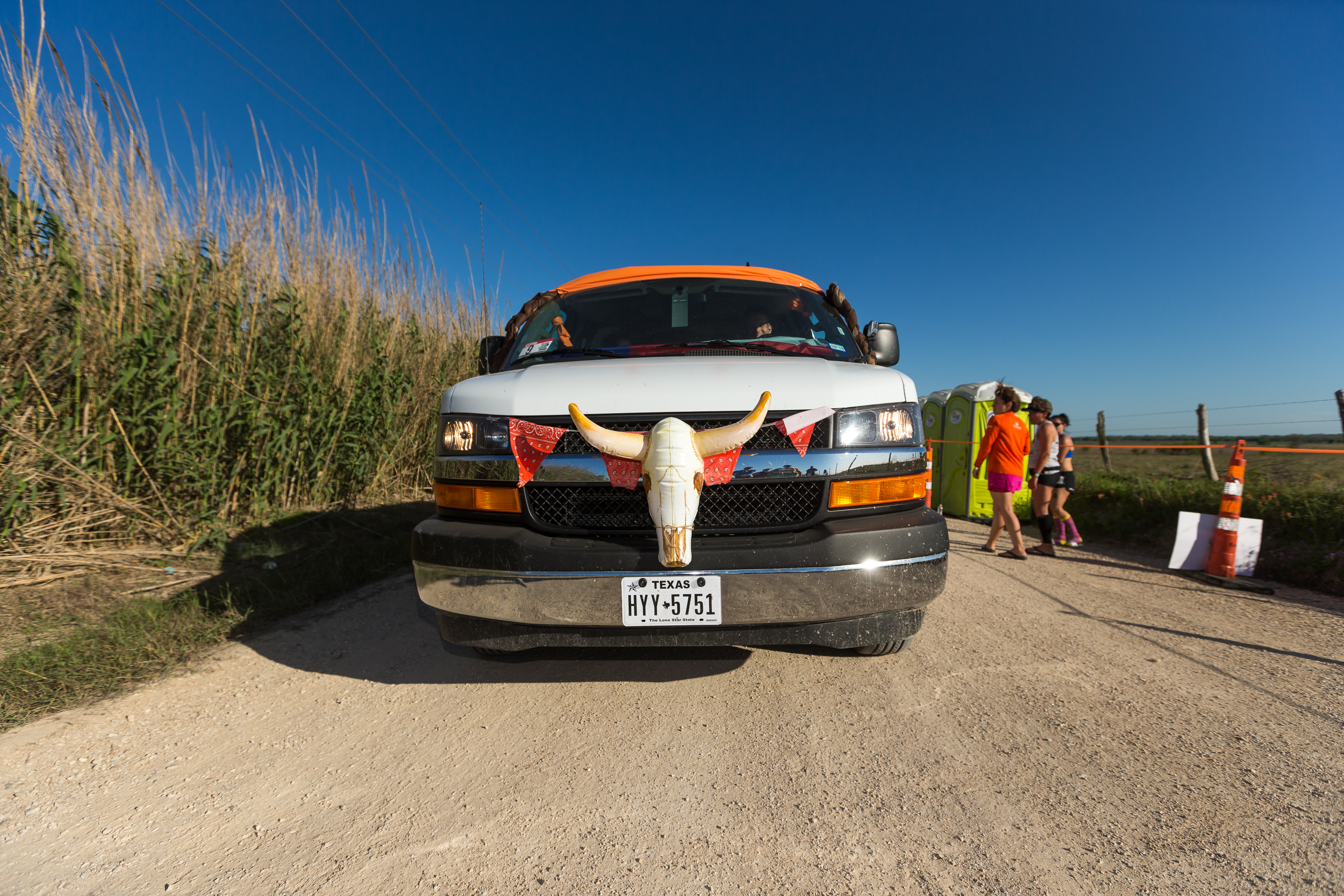 Volunteer: Volunteers are the heart and “sole” of any Ragnar race. They help out with things like parking, handing out medals and directing runners. If one of your runners lives within 100 miles of the course your team required to recruit 1-2 volunteers (depending on the race) or pay $120/ volunteer that Ragnar will donate to provide volunteers from local organizations and charities.

Now, test yourself. Run a Ragnar and see if you can define all the unique terms along the way. Find your next Ragnar here.

Tags from the story
Road, Trail