The idea of running is simple, you put one foot in front of the other. But sometimes starting isn’t as easy. Especially if the leg you walk on isn’t built for running. And to top it off, even trying to run is painful, clunky and almost impossible. For many people with prosthetics, running isn’t much of an option, unless they have a running blade.

For the second year, Team Run Free is aiming to conquer Reebok Ragnar Tennessee as an all-amputee team in support of the Amputee Blade Runners (ABR).

The Amputee Blade Runners are a non-profit that provides people who have amputations with specifically designed running legs to help them get active and stay active. And for many people on the team, they weren’t runners before they received their blade.

After having her second child, Sabrina decided she needed to start being active again. She had her leg amputated at age eight due to cancer. Throughout her life she played softball and wrestled, but never ran. Her goal was to get strong, so she began doing CrossFit. 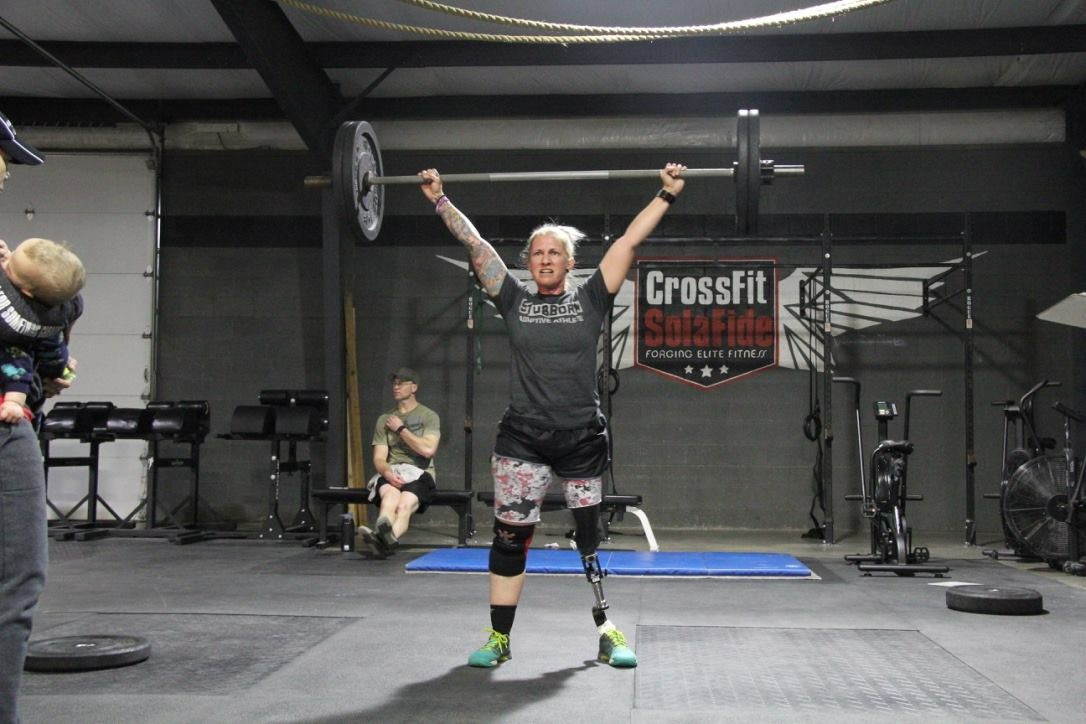 “When it came down to it, running is in CrossFit,” she says.

So, she worked with prosthetist, Aaron Fitzsimmons, the co-founder of ABR, to have a running leg developed.

“Aaron said, ‘I need you to make a commitment that you’re going to really work at running,’” said Sabrina. ‘I said, ‘I’ll commit to that.’ I felt a little like I had just sold my soul to the devil.”

But, it got her to slowly start.

“I went in and I was like God I hate running,” Sabrina said. “I don’t think I can run 100 meters. I’m huffing and puffing, I’m so out of shape. But, because of the equipment, I got better and better and better at running. Now, It’s growing on me.” 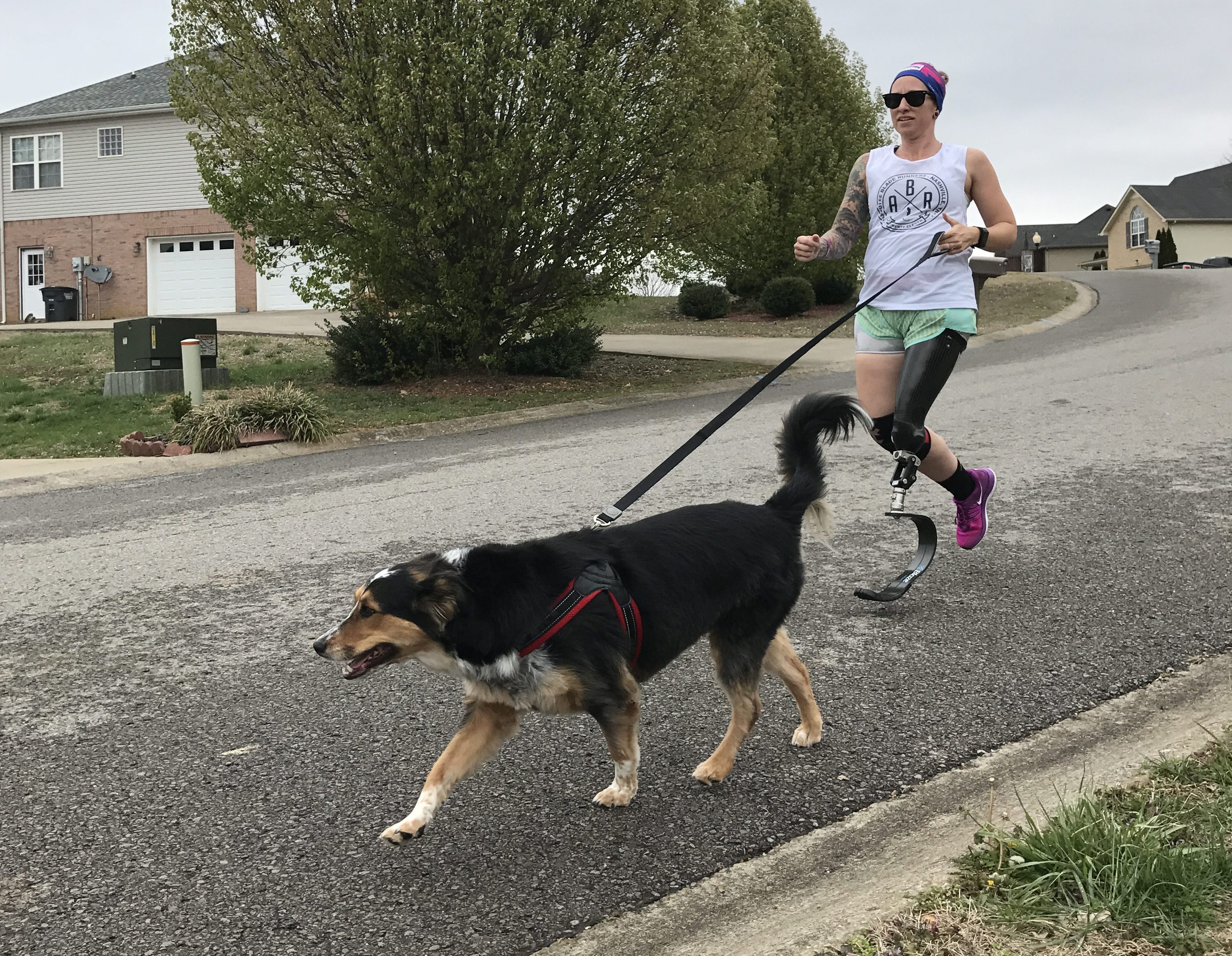 Running blades makes it easier for a person with prosthetics to run, because instead of rotating over the foot of the prosthetic it allows a runner to spring off it, more similar to a natural running stride.

For Sidney Smith, that was a new feeling. At age 12, he was diagnosed with Charcot-Marie-Tooth disorder, a hereditary disorder that damages nerves in the arms and legs. He had close to 10 surgeries in high school and had to wear ankle braces. Progressively, it got worse. A year and a half ago, he was given the choice of amputation or to be in a wheelchair.

“To lose the limb was emotionally rough, but with prosthetics and the technology of carbon fiber you put in the energy in that you get out,” he said. “I never felt that before because I never had a foot that could do that. All of a sudden, I became a huge fan of prosthetics and I love my legs.”

Six months after his amputation, he received his running legs from ABR. 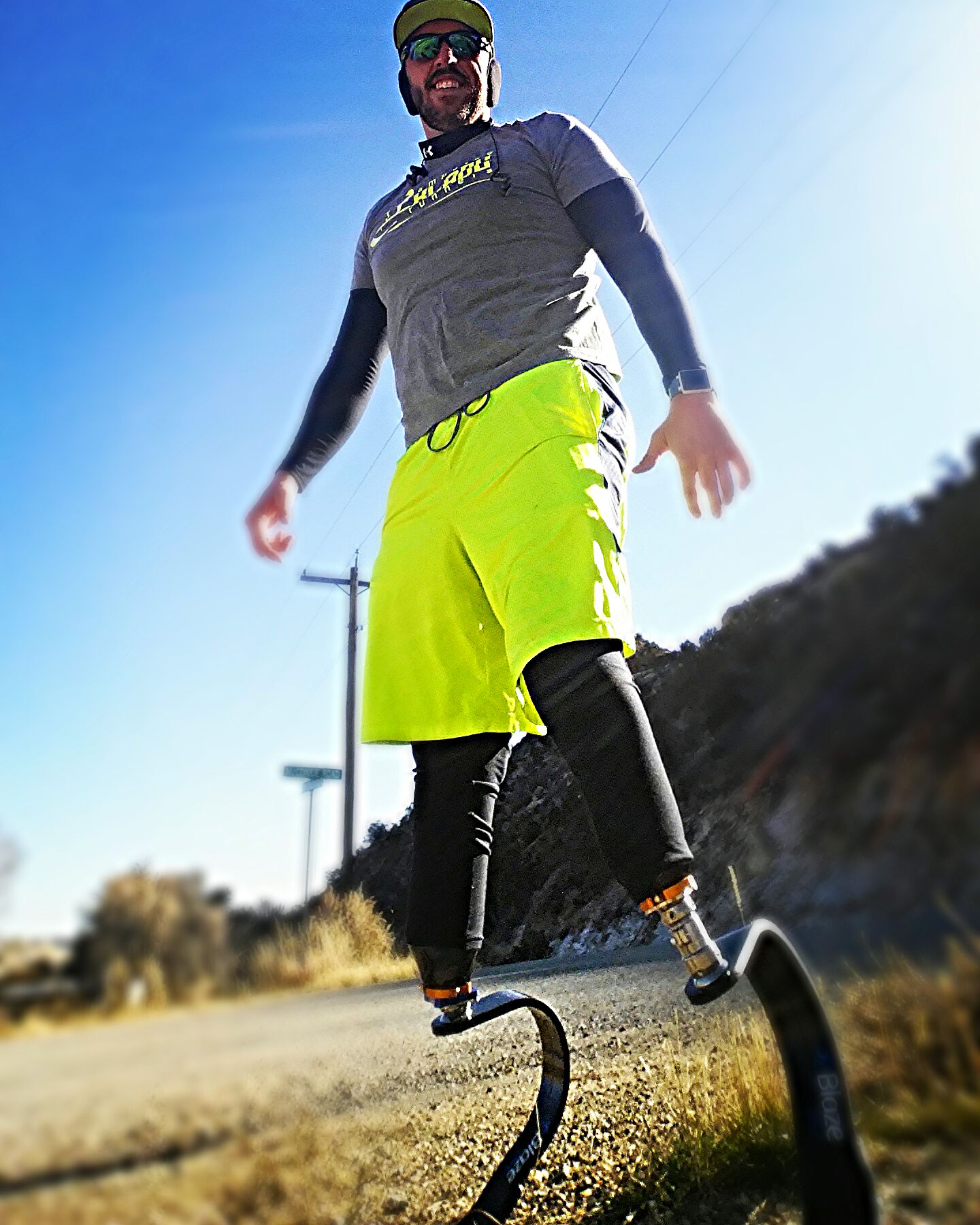 Now, Sidney can do many of the things he wasn’t able to before. He can play and hike with his kids, compete in triathlons and run Ragnar.

Follow Team Run Free’s journey at Ragnar Tennessee using #NoFeetNoExcuses. Plus, learn more about the team members here. Find out about ABR and donate to their team to help give the gift of running.