Ragnar Trail Relays, are some of the most scenic, bucket-list-worthy, ‘we-gotta-do-that’ events in the country. And, they tend to draw a rather motley crowd. If you’re new to trail running in general, or simply a novice when it comes to the RTR scene, you’re going to encounter some rather eclectic characters out on the ol’ single-track. We’ve gotten to know some pretty amazing trail runners since the series took off. And, we’ve compiled a general list of some of the runners you’re sure to encounter out on the trails. Check it out—you just might fit one of these descriptions. Or, it might sound a lot like somebody you know. At the very least, it’ll give you a good idea of what—and who—to expect when you’re finding your inner wild out on the trails this year… 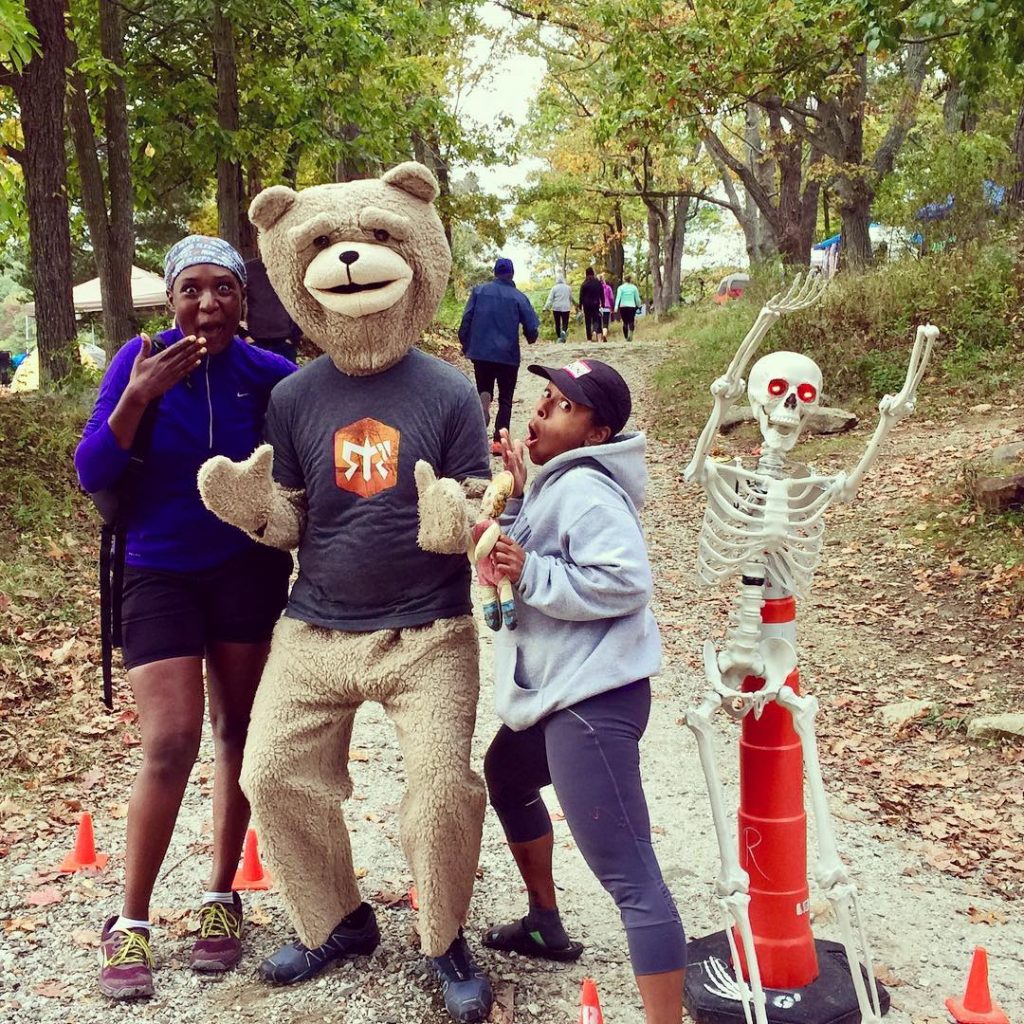 The Joker
Hiding behind a tree, waiting to jump out and catch a picture of your startled, and silly, expression, maybe dressed like Sasquatch; watch out for the Joker. This runner is always up for a good time. And, we mean always. Got ten more miles in your legs? Sure, they’re down to join you. Thinking about doing two-a-day? They can move things around in their schedule. The point is, nothing makes this runner happier than, well, trail running! And, nothing gets them down. Did you see how hard they hit the dirt when they tripped? Hopefully you took a Snapchat. Can you believe how hard that hill was? Wasn’t it awesome!?

The Quiet One
Not every runner is a talker, and that’s OK. This trail maven isn’t ignoring you. In fact, they hear everything you say—and don’t say. They’re out there working things out in their minds, feeling the dirt beneath their feet, filling their lungs with air, and most likely solving the bigger problems life throws at them. Internal problems aside, this runner is solid. The have a strong heart. So, when you find yourself in their presence, take a deep breath. You’re in good company.

The Old ‘Sole’
This isn’t an age, or even an experience, thing. One day, you just may find yourself on the trail with a runner who, in the middle of your own personal battle, will hit you with a piece of wisdom so “on-point” it’ll stick with you forever. Insights like:

This runner is like a mind reader. They know exactly what’s bugging you. And they’ll offer up the right bit of wisdom to get you through it.

The Care-Giver
It’s after dark and your headlamp is getting dim. But, this runner brought extra batteries. They also made sure your water was full, insisted you added electrolytes to keep you stable, and shared their extra layer. No, they’re not nagging. They just really care about you. They’re always thinking about the other runners in the group. They packed extra, just in case. And, they want to make sure everyone has a good time. It makes them happy when you’re happy. You better make sure there’s a spot for them on your next Ragnar Trail team, if you know what’s good for you.

The Artist
Some runners see the world just a little differently. These guys and gals might forget to pack dry socks, but they probably carried a 20 lb. pack that holds an extra lens and an expensive, digital SLR. You can’t be mad at them, though. They’re the runner who stopped to capture the sunrise, had a “moment” in the forest because of the insane beauty all around them, found themselves in a dark place but came out of the woods (literally and figuratively) better off because of it. Maybe they spend so much time focusing on the tiny details of the world that bring them joy and happiness because the “bigger picture” is sometimes just too much take. Just know that the artist you’ll meet on the trail, if they end up running with you, probably sees something beautiful in you, too.

The Wild Card
Muddy trails, poor weather and insane conditions tend to bring out the unexpected. Just when you thought the day was done, this maniac pulls through and suddenly becomes an all-star. Yes, you’re never quite sure what to expect from the Wild Card. But, that’s just part of the fun! You’re almost always guaranteed to come home with a handful of good stories; like that time you ended up bushwhacking through the woods because you thought you were on the right track, or the day you discovered what it was like to outrun an angry moose.

The Nature Lover
Look outside. Right now. This runner is probably carrying a pocketful of discarded trash they found on the trail and making sure the invasive plants species are in check. If you catch them on the trail, they’ll educate you on the local flora and fauna, and if you’re lucky, show you a secret spot where a rare, endangered flower still grows. This runner feels an affinity for their home outdoors and is a protective advocate for Mother Nature. They’re your best defense for access, protection and education. An overwhelming amount of passion flows through their veins and drives everything they do.

The Peaceful Warrior
Having a rough day on the trail? Thinking of throwing in the towel? Well, if you happen to encounter this runner, they’re not gonna hear it. They’ve faced harder struggles, seen worse days, and battled bigger demons. They’re not about to let you fall apart out here—not today, not on their watch. They’re going to get you past your “dark hour” and help you fight your impending “DNF” until you’re ready to keep going. They know how to “dig deep” and are the ultimate Zen Masters of the trail running scene.

These eight trail running tropes are just a sample of the most amazing people we’ve seen in this community. Who do you know that falls into these categories? What are some that we missed? Tell us in the comments below. More than anything, we’re thrilled to meet the unique souls running under the stars, through the trees, across river beds, over mountains, through deserts, valleys, and meadows. It makes every run worth it. Happy trail running.

Tags from the story
Trail