The Ragnar Trail night run puts a different kind of spin on your typical Friday night plans: the fancy footwork of dancing becomes the fancy footwork of maneuvering between rocks, drinking cocktails becomes drinking nuun and a strobe light becomes your head light. And, it’s nothing short of electrifying. But, just like you need to practice your go-to dance move, it’s a good idea to practice your night run. Here are five things to do to prepare for your run in the dark:

One: Get the Gear
Running trails in the dark is a bit like navigating your kitchen at night, without the proper light you’ll probably get taken out in the shin by something you didn’t know was there. So, stock up on things that will brighten your path. Wear a headlamp to light the path of where you’re going and bring a hand flashlight, like the Nathan Zephyr Fire, to light up your feet and where you’re about to step. With enough visibility, you’ll be rock jumping like a pro. Then, add a little bit of flair like Christmas lights, light up shoes and glow sticks to make the trail sparkle like a firework. 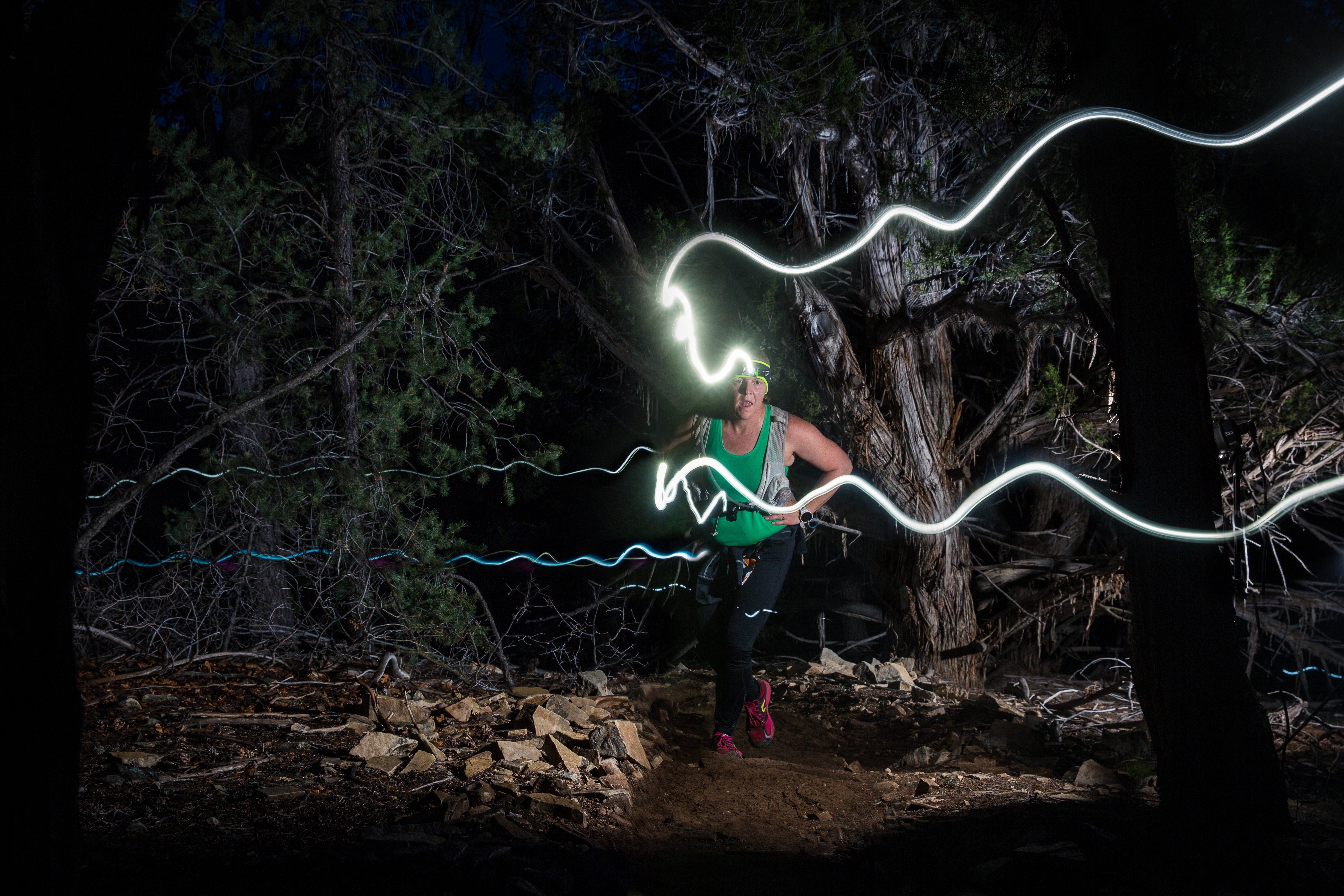 Two: Practice A Little Bit
Unless you’ve had trouble sleeping, needed to get home from the bars, or have run a Ragnar, you’ve probably never decided to go on a 2:00 am run for fun. And even if your race day run is around that hour, that doesn’t mean you have to do your pre-race runs then too. But, before you run in the dark at Ragnar, practice running in the dark on your favorite trails. Dawn your headlamp and your hand flashlight and get used to looking for rocks while seeing the world through a tunnel of light. Feel free to hum the Star Wars Theme song as you go to feel even more epic.

Three: Stay Focused
Sometimes, running in the dark can feel like you’re flying. Well, until it feels like you’re falling. Pay attention to where you’re placing your feet, run without headphones so you can hear the people (and things) around you and even slow down a little bit so you can take it all in. To be a successful night runner on the trail, you have to have the footwork of a salsa dancer, the reactions of a ninja and the eye sight of an owl. 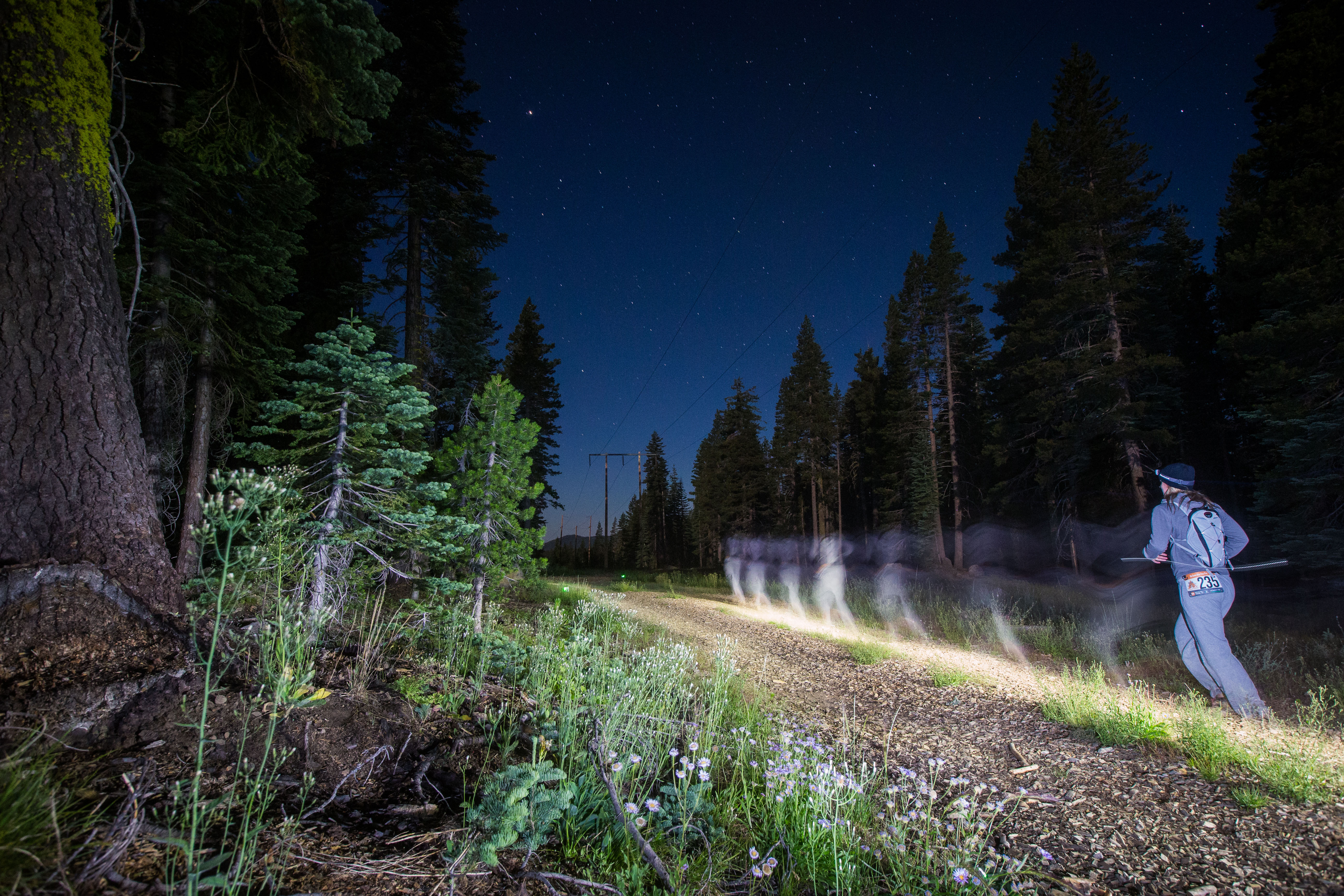 Four: Run with a Friend
Good friends will send you a nice job text. Best friends will run an extra loop in the dark with you. At Ragnar Trail races, you can opt to bring along a pacer for your night run. This can be a teammate who wants to do an extra loop, a friend who’s there to hang out and camp, or even another runner from another team who’s running the same loop at the same time. Next thing you know, running together up a large hill in the middle of the night will become one of your fondest bonding moments.

Five: Have Fun with It
Take time to look up at the stars when you reach the highest point or to listen to the calming noise of absolute silence. After the first mile of thinking every rustle in the woods is a bear, you’ll reach a point of nirvana and fall completely in love with your night run. Plus, you can be motivated by the fact of when you get back to camp there will be s’mores and a pumped-up air mattress waiting for you. 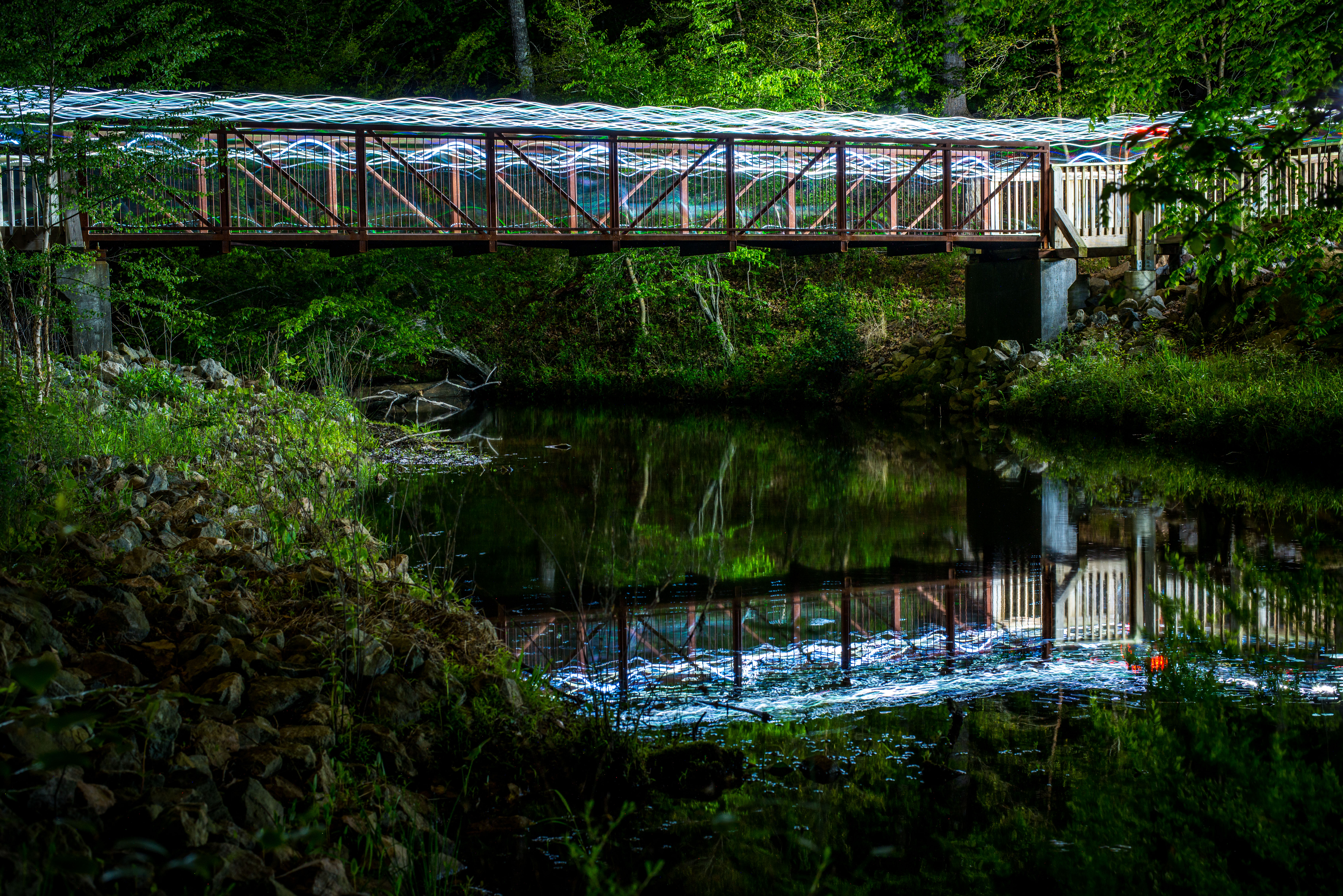 Don’t listen to that small voice at the back of your mind that says that the dark is scary. With the right preparation, you can conquer your night loops like a tiger, or any of its nocturnal friends. Find your next Ragnar Trail here.

Tags from the story
Safety, Trail